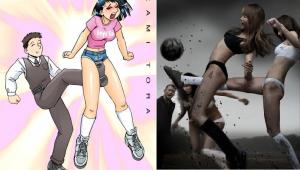 Being a westerner you are unaware that you have a western mind.  Human beings have a normative bias.  That means that we think what is normal for us is good, but not just good for us, good for everybody.  You have been given a western mind and you don’t know it, you think that you are your mind.  As such you are unaware that you have an elitist, feminist, liberal bias, that you have been indoctrinated with and exposed to all of your life.  You have been bombarded with images and narrative from that perspective.  Since the Pilgrims landed on Plymouth rock they have been preaching this perspective on life, and that perspective is antithetical to yoga, I will explain why, but first this.  This is what is normal for other. people, enjoy.

Yoga is about non duality, it is about not thinking that you are better or superior, it is about seeing everything as onel and being in relationship with reality.  Puritans presuppose their moral authority, they presuppose their right to judge others and to judge what is good for others which is weird, because one of the tenets of this country is to be free from that manner of meddling stupidity.  3rd person parties poking their fat noses into our business and giving us their unsolicited opinions.  Externalizing your issues into the world so that you can get offended, and then you get on your high horse and start pecker slapping people with your judgments. 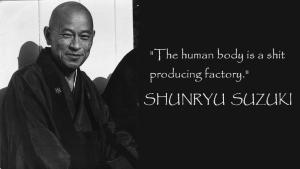 The fact of the matter is that the practice of Transgressive Sacrality was created to cure exactly your psychosis, your feelings that you are better than everybody because you hold your farts in and wash your hands up to your eyebrows before you eat your raw, vegan, organic, kale chips and wash it down with your wheat grass, spirulina, freshly squozen apple drink.  Transgressive sacrality is breaking taboos, as a meditation, offending social norms so that you don’t feel that you are better than everybody else by virtue of your refusing to acknowledge that you are an animal as well, that you shit and piss like everybody else.

In Buddhism “transcendence”, by definition, belongs to the mortal beings of the formless realms of existence. However, although such beings are at ‘the peak’ of Samsara, Buddhism considers the development of transcendence to be both temporary and a spiritual cul-de-sac, which therefore does not eventuate a permanent cessation of Samsara. This assertion was a primary differentiator from the other Sramana teachers during Gautama Buddha‘s own training and development.[5]

Alternatively, in the various forms of Buddhism — Theravada, Mahayana (especially Pure Land and Zen) and Vajrayana — the notion of transcendence sometimes includes a soteriological application. Except for Pure Land and Vajrayana, the role played by transcendent beings is minimal and at most a temporary expedient. However some Buddhists believe that Nirvana is an eternal, transcendental state beyond name and form, so for these Buddhists, Nirvana is the main concept of transcendence. The more usual interpretation of Nirvana in Buddhism is that it is a cessation – a permanent absence of something (namely suffering), and therefore it is not in any way a state which could be considered transcendent.

Primordial enlightenment and the dharma are sometimes portrayed as transcendent, since they can surpass all samsaric obstructions.

You are not part of the solution, you are part of the problem.  Watch the video below of Bhagwan Shree Rajneesh and his treatise on the word fuck.  A lot of you “spiritualists” know that you are not doing anything wrong because you aren’t doing ANYTHING.  YOU AREN’T SAYING ANYTHING.  YOU ARE BLENDING IN, AND YOU HAVE NO LIGHT TO KICK.  You are what Socrates referred to as “pretenders to wisdom.”  You wouldn’t know the truth if it slapped you in the face with it’s big hairy nuts.  God will not have his will done by cowards and instead of waking people up you are lulling them to sleep.  Your enlightenment isn’t light at all, it is a grey kind of darkness, a cloudy, smoggy, sticky white light.  Concealed, closeted, white washed graves.

14“To the angel of the church in Laodicea write:

These are the words of the Amen, the faithful and true witness, the ruler of God’s creation. 15I know your deeds, that you are neither cold nor hot. I wish you were either one or the other! 16So, because you are lukewarm—neither hot nor cold—I am about to vomit you out of my mouth.

Get over yourselves and your stupid judgments, stop trying to do better than real.  Life isn’t all pleasantries and faerie farts, sometimes things suck.  You have to take the good with the bad.  Be content with reality.  You aren’t bringing people to heaven you are making life hell now. 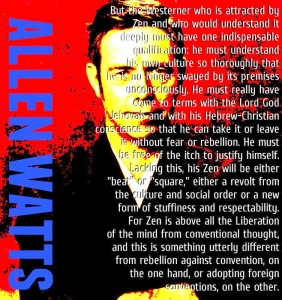