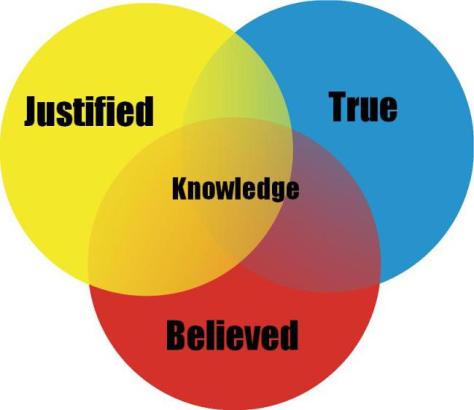 I hear a lot of atheists saying that Science doesn’t require belief.  I direct you to Plato’s theory of knowledge.

From Wikipedia, the free encyclopedia
Justified true belief is a definition of knowledge that is most frequently credited to Plato and his dialogues.[1] The concept of justified true belief states that in order to know that a given proposition is true, one must not only believe the relevant true proposition, but one must also have justification for doing so. In more formal terms, a subject S knows that a proposition P is true if and only if:

This theory of knowledge suffered a significant setback with the discovery of Gettier problems, situations in which the above conditions were seemingly met but…