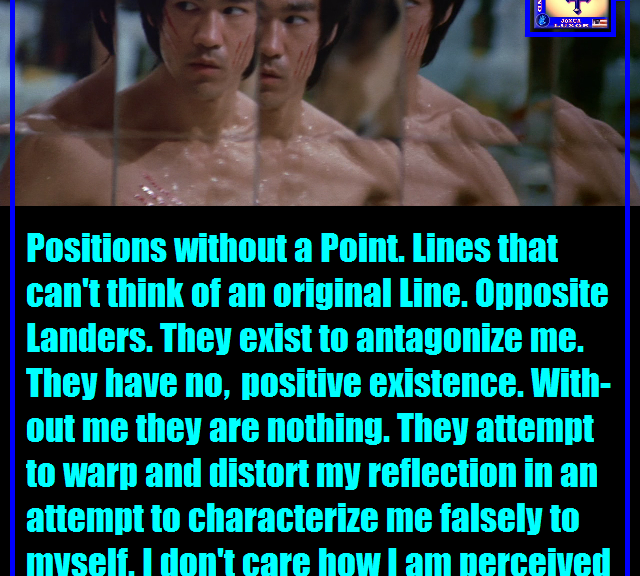 Positions without a Point. Lines that can’t think of an original Line. Opposite Landers. They exist to antagonize me. They have not positive existence. With-out me they are nothing. They attempt to warp and distort my reflection in an attempt to characterize me falsely to myself. I don’t care how I am perceived in the Carnival Mirror of public opinion. They are 2 dimensional creatures that dwell in the shadows casting shade on Real Human beings. They have Length and Width but no Depth. I am a 4 dimensional creature. I have depth is spades. I move like water through fingers that can’t grasp me. I am a Philosopher King without a Throne or a Kingdom, surrounded by empty Reflections and Shallow Echoes.

During my first samadhi I had a sensation as though God was telling me a joke and I was the only one in the universe that was  laughing.

During my second death I had a feeling like god was a lonely old man telling himself stories and starting to believe they were real.

During my third death I realized that I was god.

During my fourth death I realized that I was nothing so it didn’t matter if I was god, everything, everywhere, was nothing.
The universe is NOTHING CHANGING.

During my fifth death it was revealed to me that I was love and things came into existence so that I could express my love to myself
in the form of other objects and people.

During my 6th death I realized that there were too many phenomenon in the universe to comprehend. 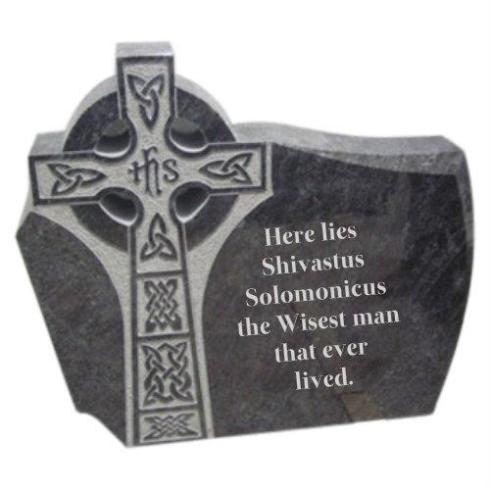