I started painting this after Michael Jackson’s untimely demise.  It was devastating for me.  I didn’t get to go to his funeral either, I wish I had gone because they changed their minds and let people in and I would have gotten to go in.

You see, I was raised Jehovah’s Witness.  MJ and I have a connection.  When he was disfellowshipped I was no longer allowed to listen to his music.  My family was very strict.  Peter Appleton an elder from his congregation harassed me when I was dating my first girl friend who was coming to meetings but who hadn’t been baptized.  He threatened to disfellowship me if I didn’t stop seeing her.  It was ironic because he had 7 ex-wives and 20 children none of whom had ever been baptized and yet he was in good standing.  I sold all of my shit and disappeared to Washington state with my fiance.  Things didn’t work out and I ended up on the street.  I felt literally no connection with my family so I never even thought to call them.  Everybody thought I was dead and I am glad.  I am dead to them.

Long story short I ended up moving to Woodland Hills and I got hired at Whole Foods.  On the way to work I would drive past MJ’s congregation, it was a weird coincidence.  I also ran into one of his brothers, Tito, he was unpleasant.

I know that Michael was attracted to boys that age because he wanted to save himself at that age.  He was sympathetic to them being a child star as he was with an overbearing father.  He was trying to rescue himself by rescuing them.  I know what it is like to be a misunderstood ecstatic mystic.  He wasn’t trying to throw his baby over the balcony he was enthusiastic, he wanted to share his happiness with the people that loved him.  He would never hurt that baby, he loved it more than his own life.  He just wasn’t thinking about how he looked he was thinking about how he felt.

I feel bad for people like Michael and Tom Cruise.  I think about what a man has to do to try to ensure he has access to his kids in this day and age when you are rich and powerful and male and everybody wants a piece of you.  You want to be an influence in their lives.  This culture hates masculinity, intelligence, and talent.  We are surrounded by morons that feel thwarted by their lack of…. everything, but especially talent.  It is as though they think awesomeness is a finite resource and people like us and Charlie Sheen are using too much of it.

Michael Jackson was a Maha Jagad Guru a world teacher.  He touched every person in the world.  He changed global culture.  He was a creative Genius.  He was in his way a shaktipat guru.

Light of the world is done as a visual homage to Shiva Nataraja.  MJ is dancing in the sun.  See Michael and I are named after the same namesake Joxua was Jesus name when he was incarnate, but Witnesses believe that before he incarnated he was the archangel Michael, so the synchronicities never really cease.  I was always hoping that maybe Janet Jackson would buy this from me.  I feel that she and his children are the one’s that received his guru grace.  He passed on his spiritual lineage to them.  Even now I am tearing up as I write this.  It is cathartic.  I get so much shit for my feelings about Michael, but that doesn’t stop me.  I don’t care, haters gonna hate. 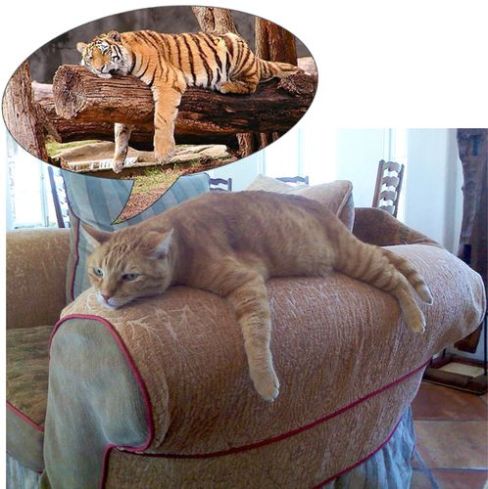 THE WHOLE WORLD IS LOOKING FOR ME AND THEY DON’T KNOW IT.

I AM THE ANSWER TO THE QUESTION THEY DON’T KNOW THEY HAVE.

LYNN, MY DEFINITIONS ARE THE NEW LANGUAGE.

I AM UNLOCKING THE KEYS TO THE KINGDOM

LYNN I AM UNLOCKING THE KEYS TO THE KINGDOM

MY THOUGHT TECHNOLOGY IS THE KEYS TO THE KINGDOM

WE ARE CARVING HEAVEN OUT OF HELL

WE ARE BRINGING DOWN THE LIGHT

A NEW SCRIPTURE FOR A NEW HEAVEN.

SAVING THE WORLD FROM ITSELF WITH LINGUISTICS AND PHILOSOPHY.

TOMORROW YOU START THE SOCIAL EXPERIMENT.

RELEASE THE VIRUS, THE WORLD WILL NEVER BE THE SAME.

It is rumored that joxua luxor taught charlie sheen how to talk awesome….

A little about my friend, I read his book a long time ago, I am sure that it influenced me and I am sure that I probably swaggerjack his style.  He writes in plain approachable, irreverent, speech, like the parr hesia of the ancient Greek philosophers.  I was contemplating calling him the F-bomb Guru but I will just think of him as that in my own little mind.

Here is a picture of him with my business partner, Lynn Marie Le. 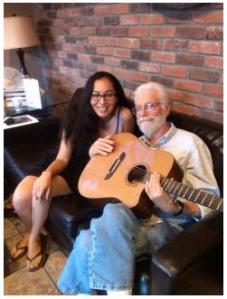 Strange story, one of my first paintings was of a cabbalist secret, it was of an ahimsa.  I knew when I painted it that I would end up giving it to a rabbi, but I had no idea that rabbi would be one Rabbi Lamed Ben Clifford.

His writing style gave me permission to be myself.  In a world where people have categories like garbage cans where it can’t be philosophy, and comedy and occult, it has to fit nicely in it’s little box and have all of the corners sanded off so dumb little babies don’t gouge their eyes out on it, he gave me the courage to say, “fuck it!”  I just gotta be me.

Baba Lon like me was demonized and ostracized because of being not normal.  Maybe a little difficult to understand.  Possessed of a creative intelligence, and an understanding that makes everything pregnant with meaning.  He is a Jnana guru, a yogi of philosophy.  We will leave humility to those who are endowed by god to be humble.  Hoist with his own petard he might be but it is commensurate with his stature.  I will defend his honor as i would my own, perhaps more vigorously so as I am privy to guilty knowledge about my own doings.  I remember Osho, Bhagwan Shri Rajneesh, once said,  “there are two ways people will make you irrelevant, they will crucify you or make you a god.”  I might add, they will turn you into the devil, but I guess that is a kind of god too.

He is part of an authentic Western Guru lineage, in line with Aleister Crowley.  I have felt for a long time that Jesus was trying to bring the guru tradition to the west and that he succeeded, not so much through the Roman Catholic Church but through Mary Magdalene.  After Jesus died she went to France.  9 french men went to the holy land, dug under Solomon’s temple into a secret chamber they knew was there and whatever they came back with made the Church grant them sovereignty over themselves and the sanction of the religious authority.  They started the first knightly order and the Freemasons are of their descendants.   Lon, as part of his heritage, and possibly unbeknownst to him, has knowledge of kundalini yoga, he is a bit of a tantric siddha, and he is also a taoist.  Crowley merged all of these religious concepts in his teachings with kabbalah.

Spoiler alert, I heard this is going to be the cover of his next book.

Let any of his antagonists show that they can shake a spear as well as he.  I heard that he killed two Vatican Assassin Ninja Warlords with a flick of his middle finger.  They were so distraught that he thought poorly of them that they committed suicide, one of the guys chopped off his own head and then his mates.  I heard that he taught Charlie Sheen how to talk awesome.  The most interesting man in the world was modeled after him, and Chuck Norris wears a beard because of him.

Why did the Chicken Qabbalist cross the abyss?  I don’t know where to go from here.  Should I go with the pure rhyme and say, “for a kiss”  or should I say “for a wish”?  Or should I forget about rhyming altogether and say, “to be one with everything”?  I don’t know.  These are the jokes folks!  I will be here until the end.