Ben Affleck was recently on Bill Maher with Sam Harris and couldn’t help but start leaking his contempt and disgust before he even started talking. 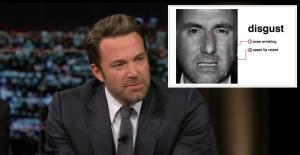 He angrily asks Sam Harris, “Are you the person who understands the officially codified doctrine of Islam? You are the interpreter of that?”

The mistake that Ben Affleck is making is by trusting a psychopathic religion full of psychopathic people with psychopathic doctrines to tell the truth about themselves and their believes, when their own scripture says it is based on a lie and they have a policy of spreading and protecting their religion by lying about it.

In Islam, taqiyya تقية (alternative spellings taqiyeh, taqiya, taqiyah, tuqyah) is a form of religious dissimulation,[1] or a legal dispensation whereby a believing individual can deny his faith or commit otherwise illegal or blasphemous acts while they are in fear or at risk of significant persecution.[2]  http://en.wikipedia.org/wiki/Taqiyya

Some early Muslim jurists such as Muadh bin Jabal were opposed to the concept altogether as they felt it implied “lying” (kidhb) and “hypocrisy” (nifaq). In modern times, it is understood that both Kitman and Taqiyya are both forms of altering or concealing information.  http://en.wikipedia.org/wiki/Kitman 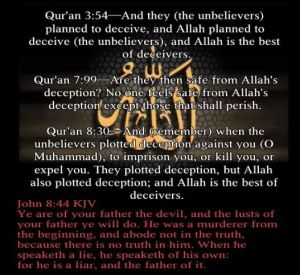 BEN AFFLECK: “How about more than a billion people who aren’t fanatical, who don’t punch women, who just want to go to school, have some sandwiches, pray 5 times a day, and don’t do any of the things you’re saying of all Muslims. It’s stereotyping.”

According to the Qur’an, the Zakat funds must be used for the following purposes.

Does the flag look familiar to you Mr.  Too Big For His Britches Ben Affleck?  Do you know what it says on it?  Fi sabi `Lillah

SAM HARRIS: Just imagine you have some concentric circles. You have at the center, you have jihadists, these are people who wake up wanting to kill apostates, wanting to die trying. They believe in paradise, they believe in martyrdom. Outside of them, we have Islamists, these are people who are just as convinced of martyrdom and paradise and wanting to foist their religion on the rest of humanity but they want to work within the system. They’re not going to blow themselves up on a bus. They want to change governments, they want to use democracy against itself. Those two circles arguably are 20% of the Muslim world.

BEN AFFLECK: What are you basing that research on?

“Bill Maher – This are the statistics that Bill refers to in some of his shows. Reza Aslan keeps saying that Indonesia is a model country….Ok…..30% there wants you stoned to death if you leave Islam. Some progress!!”

HARRIS: There are a bunch of poll results that we can talk about. To give you one point of contact: 78% of British Muslims think that the Danish cartoonist should have been prosecuted. 78%. So, I’m being conservative when I roll this back to 20%. But outside of that circle you have conservative Muslims who can honestly look at ISIS and say that does not represent us, we’re horrified by that but they hold views about human rights, and about women, and about homosexuals that are deeply troubling. So, these are not Islamists, they are not jihadists, but they often keep women and homosexuals immiserated in these cultures and we have to empower the true reformers in the Muslim world to change it. And lying about doctrine and this behavior is not going to do that…

Schmuck or shmuck in American English is a pejorative meaning one who is stupid or foolish; or an obnoxious, contemptible or detestable person. The word entered English from Yiddish (‏שמאָק, shmok), where it has similar pejorative meanings, but its original meaning in Yiddish is penis.[1][2]  http://en.wikipedia.org/wiki/Schmuck_(pejorative) 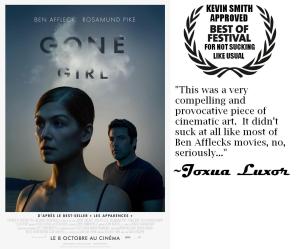 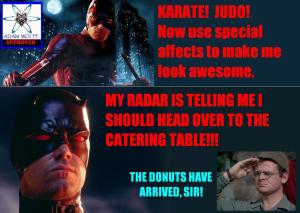 I got several quotes for this blog from the transcript found here: http://www.realclearpolitics.com/video/2014/10/03/bill_maher_vs_ben_affleck_on_islam_mafia_that_will_fucking_kill_you_if_you_say_the_wrong_thing.html