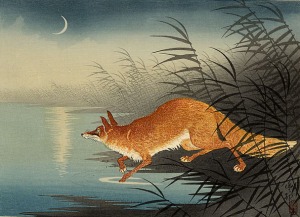 In this style of literature their is a presupposition of the philosophical nature of the entity speaking and the observation of praxis which is the practice or process of living the philosophy.  Everything that is said is a rhetorical tautology of the philosophy or personality of the entity speaking, which allows this literary device to communicate sapiential data.  The western world has largely become irrational no longer philosophical or even attempting to live or acquire any manner of philosophy.  The entity speaking can’t say anything out of character for this reason.  This concept of praxis in my psychological models taught me that everything a person thinks is reflected in what they say and do, even if it is concealed or misrepresented.  I refer to actions as dynamic tautologies of thoughts and words when it is authentic and not strategic.

It is a huge source of frustration for me that the arrogant, snide, snarky atheists attempt to prevent the artistic and poetic communication of wisdom in this form.  Instead of looking at how something is true and useful they scoff and mock the fact that it could never happen and in doing so they miss the import of the message.  Atheists that do this are horrible people.  They act as though they have been personally attacked by the artistic expression of a person.  It is so stupid that it is evil, in expressing myself artistically I am not dictating to you or anyone else what they must think or believe.  It demonstrates not only the insanity of Atheists but their narcissism to think that they can get offended at anything for any reason and then to retaliate as though they were attacked by the expression of another.  To carry their tacit bias to it’s logical end all fiction books should be burned and science fiction movies shouldn’t be made or watched.  I find it repellent that these terrible people aren’t smart enough to evaluate how full of crap they are.  What they are scorning is creative intelligence.  Nobody that possesses creative intelligence in any discernible degree would criticize it in another.

It is one thing to dislike something and to not watch it yourself but to try to prevent others from expressing themselves in a creative way or to prevent others from reading or watching is evil and stupid.  I have seen these atheists maliciously slandering and lying about people expressing themselves artistically, creatively, and spiritually in an attempt to change how others think about those people.  Psychopaths disrespect the boundaries of others and that is what these Atheists are, psychopaths.  They can’t see that they have overstepped the boundary of common sense.  They can’t see that they are not offering a service but a disservice, they are not making the world better but worse.  I pray for the day to come when everything atheists have tried to do and have done to others will be visited on their own persons.

I often contemplate how much noise pollution is created by atheists, how much useless conversation that does’t move towards a solution and isn’t productive.  Just crappy, emotionally abusive atheists, wasting bandwidth, and everybody’s time.  They don’t exist for anything they exist against something.  They are defined by what they are against.  They are space fillers, oxygen thieves, light blockers.  They aren’t here to contribute to but to antagonize and detract from as a testament to their emotional morbidity. 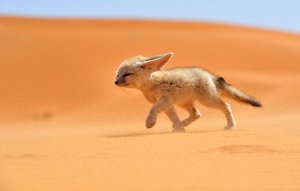