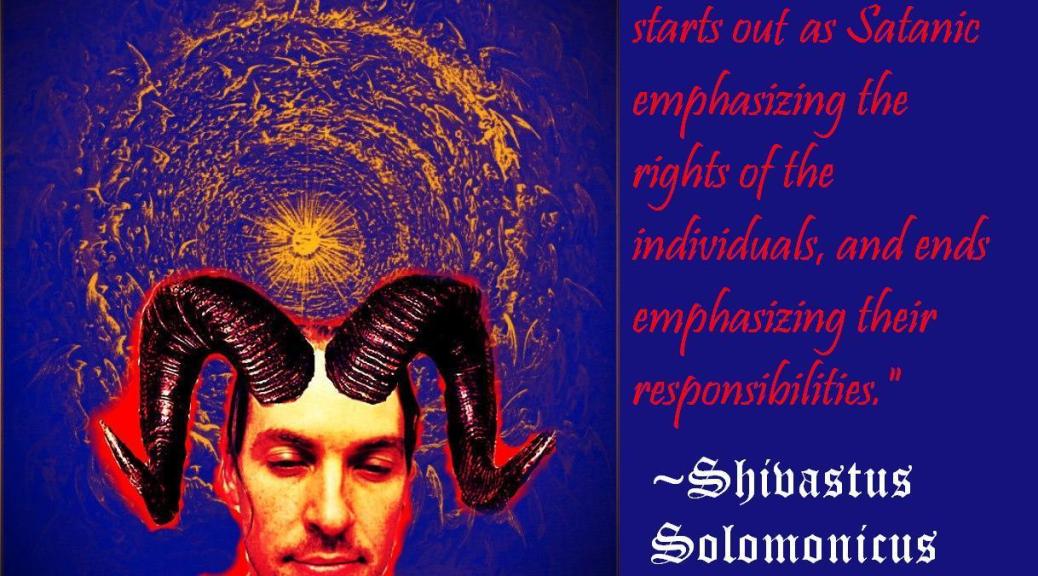 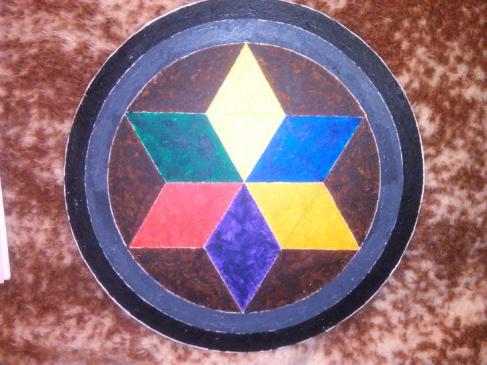 This is the Sephyr Yeshivel as it was taught me by the archangel Azrael.  The black ring represents Binah, the Grey circle represents Da’ath, the brown represents unfecundated/unfertilized earth.  All of the sephiroth below Da’ath take place withing Da’ath which is also why it is the hidden sephiroth because to count it would be redundant.  Da’ath is the bedroom in which the creative intelligence exists, where the father and mother meet in the middle and become one.  Creative intelligence by it’s very necessity needs to be male and female. 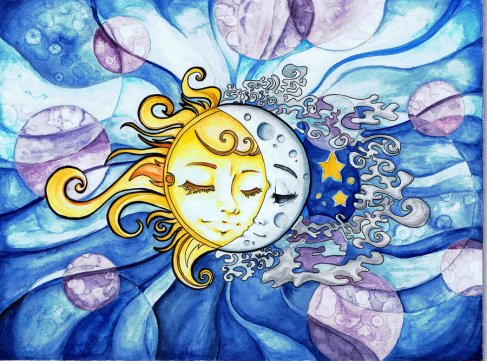 In this separation between matter and energy, between sun and moon, (solomon) there is the possibility of movement, and choice,

This allows the illusion of free will, this allows self discovery, this allows chaos and upredictability, this allows the small self the id to become aware of the BIG SELF, god.  It allows jiva to rediscover SHIVA.  Godself mutes himself in the form of Dark matter, disappearing into the diamond light of empty space.  All we see is the noumenal world, their is no evidence of god.  And in that absence of the presence we become aware of the necessity of god.  The One Self that transcends the individual.  As our intellect becomes more and more refined we become aware that something is missing, a hidden hand, that is here and there and all around us.  And we laugh at the joke that we now understand, the slight of hand that is being perpetrated by a loving teacher, telling children an interesting bed time story that they take way too seriously and in so doing stab themselves all over with many pains.  This is the ignorance of the enslaved mind, and with this ignorance, their is no freedom. 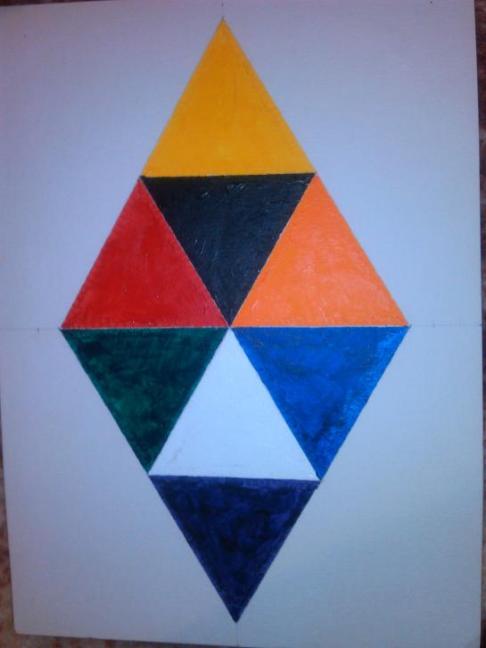 Above is a symbol that was shown to me in meditation as I conversed with Azrael.  We see that 3 of the colors are hot and three cold.  As such 3 are of levity or light and 3 of gravity or earth and water.  3 masculine, and 3 feminine.  Now just as their could be red water and red earth, in the same vain there could be blue fire and green air.  In fact, out of necessity this is true.  We see that the white upward pointing triangle is latent in the 3 cool colors and at the same time the black downward pointing triangle is latent in the hot colors.  Energy is matter moving quickly and matter is energy moving very slowly, the speed or frequency at which you vibrate determines where in the spectrum you are.

Now each of the colors is a facet or a face, an angel or an angle of the Pure White Light, which is the Buddha/Krishna/Christ consciousness.  Red is catabolism or righteous indignation or Din or judgement.  Blue is anabolism, the Peace King that builds up.  Green and Orange are Flora and Fauna, Orange is appetite, sexual and other wise, I always think of Hod as the Horned God.  Green is kind of mysterious and hard to describe, essentially it stores the energy of the sun in a form that living creatures can use, as fuel.  Purple is another one that is difficult to describe, it is the most balanced of the colors, being like steam, the combination of fire and water, slightly more cold than it is hot.  It is the color of the Magus, the magician, that has married the male and female inside himself in the form of creative intelligence, this is the god man.  Yellow is the integrating intelligence, it is the color of sense of humor, it figures out how to get all the energies to cooperate for a successful endeavor.

“So, because you are lukewarm–neither hot nor cold–I am about to spit you out of my mouth.”  Revelation 3:16

People think that the messiah is going to be loved by all and openly recognized by all as the Messiah, this is not the case, the Messiah, the Logos is the incarnation of Logic and Reason, that is what makes him the son of god.  As such only those people who have attained to wisdom and are not pretenders to wisdom will be able to recognize him.  Jesus was a revolutionary figure and as such he was more a Satanic figure to most people, he threatened their perception of reality, he threatened the peace of the community, he threatened the authority of the structures of authority…

“ ‘a man against his father,

a daughter against her mother,

a daughter-in-law against her mother-in-law—

36a man’s enemies will be the members of his own household.’c 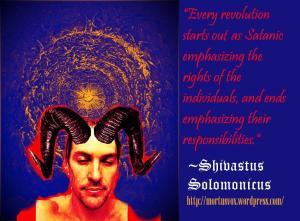